Botox® vs. Dysport® vs. Xeomin® – What are the Differences? 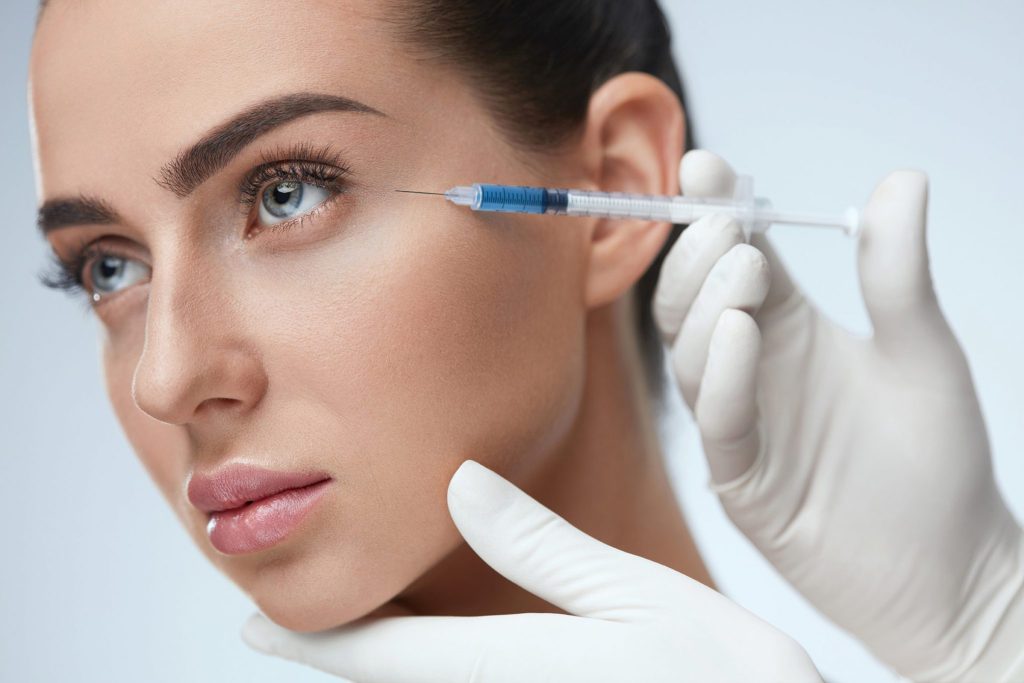 Frowning, squinting and smiling are expressions we all make every day, and as we age, these facial movements can unfortunately lead to wrinkles over time. Botulinum toxin type A is an injectable neurotoxin which is by far the most popular anti-wrinkle treatment used in the U.S. today. When neurotoxins are injected directly into wrinkles, it blocks muscle nerve impulses and causes them to relax. The result is diminished wrinkles and a more refreshed, youthful appearance.

Botox® and Its Competing Brands

You’ve certainly heard of Botox®, which was the first injectable neurotoxin approved by the FDA in 2002 to treat moderate to severe wrinkles between the eyes. But what many people don’t realize is that Botox® is not a procedure – it’s a brand, and today, there are several other Botox®-like brands available that provide similar but somewhat different benefits. The other two brands we use in our office are Dysport®, which was FDA approved in 2009, and Xeomin®, which approved for use in the U.S. in 2011.

Multiple studies have shown that all three brands of Botulinum toxin A are effective for reducing wrinkles around the eyes (also known as “crow’s feet”), forehead creases, the glabella (also known as number 11’s between the eyes) and can also be used to treat excessive sweating and even migraine headaches. Hyperhidrosis is a popular reason patients turn to neurotoxins and it works by blocking a chemical in the body that activates the sweat glands. There are, however, some notable differences between these brands.

What are the Differences Between Botox®, Dysport® and Xeomin® treatments?

Botox®, Dysport® and Xeomin® all contain Botulinum toxin A as the same active ingredient and can be used safely on all adult skin types and complexions. Each product has an amazing reputation for treating fine lines and wrinkles in the injection site with few negative side effects. The main difference between brands lies in how each manufacturer formulates its product, which can influence certain factors, such as how much is used and how quickly results can take effect.

· Botox® has an accompanying protein.

· Dysport® contains a lesser version of a similar protein. The result is this product is thought to have more spread once injected making it ideal for areas such as crow’s feet

· Xeomin® Deemed the “naked” injectable as it does not contain any accompanying proteins, pure Botulinum toxin A. This trait is worth noting as patients who inject neurotoxin for prolonged periods of time may develop antibodies to the protein found in other toxins. With Xeomin® lacking this accessory protein, patients find they do not have to continually increase their dosage to get the same or similar results and have less risk of developing a resistance to the toxin in the first place.

The manufacturer of Dysport® asserts that its effects can be seen in about two to three days. The manufacturer of Xeomin® reports that it takes an average of three to four days for the initial effects to become noticeable, and up to one month to see the product’s full effects (though the vast majority have results by the 2-week mark). Most studies have supported that Dysport provides the fastest results, followed by Botox® and then Xeomin®. In our practice, we can discern a noticeable faster onset of action with Dysport but have not been able to discern any difference between Xeomin and Botox.

All three provide about the same benefits which last for about three to four months on average, with some patients enjoying wrinkle-free results for up to six months before facial lines start to naturally reappear. For those who workout a lot or know they have a fast metabolism, they may notice the results wear off quicker. We advise patients to stay on a regular three month schedule for optimal results.

How Do Dosage and Diffusion Differ Between Botox®, Dysport® and Xeomin®?

According to the International Association for Physicians in Aesthetic Medicine (IAPAM), Botox® and Xeomin® are not interchangeable with Dysport® because the products are dosed differently. One unit of Botox® or Xeomin® is similar to three units of Dysport®. Thus 20 units of Botox® would equal 60 units of Dysport®. In our practice, we do the dosing and calculating for you thus from a patient’s perspective they are the same. You will see some practices who price Dysport by the unit but do not factor in the three to one conversion that is required for it to equal a Xeomin or Botox unit and that can be confusing and misleading for patients who are trying to plan and budget. For example, one practice may advertise Dysport at $4 per unit and Botox/Xeomin at $12 per unit. When patients come in for their appt however they learn that they need 180 units of Dysport as opposed to 60 units of Botox/Xeomin making them essentially identical in price. We do this conversion for our patients to minimize confusion.

IAPAM also reports that Dysport has been shown to diffuse more than Botox and Xeomin, which has the potential to carry its own benefits and risks. Since Dysport® has more diffusion, some doctors feel it can be better for treating crow’s feet because it of its even distribution. But it can also increase the risk of an accidental droopy eyelid or unintentional relaxation of a neighboring muscle due to its diffusion properties. However, this is extremely uncommon and can be avoided by using a licensed medical aesthetic professional who is highly trained on administering Botulinum toxin A injections. It is worth noting that all aesthetic treatments have benefits and side effects and its important to discuss these considerations with your provider before proceeding with your treatment.

Where do we typically advise patients to treat?

Each patient is unique with respect to their goals, so we first recommend a consult with one of our experienced providers. From there, we find the most common treatment areas are around the eyes, frown lines, and forehead creases. However, we generally recommend a full-face treatment for a more natural and balanced look. We can add it to areas around the mouth to relax a gummy smile, flip the lip, smooth stubborn platysmal bands in the neck, soften and slim bulky masseter muscles and even turn up the corners of the mouth that turn down with age.

Which is Best for You – Botox®, Dysport® or Xeomin®?

At Koniver Aesthetics, we offer three of the current neurotoxins on the market (Botox®, Xeomin®, and Dysport®). We find that contrary to popular belief, most of our patients notice little to no difference between the three options once they are injected. However, for the percentage of patients who do notice a difference, they are very loyal to their respective brands. We understand and appreciate this aspect and thus carry three options for patients to choose between. Some practices also suggest patients rotate between options occasionally to reduce the risk of building resistance to their product of choice. If you notice your results lasting for a shorter duration with the same injector, same dilution, and same number of units, you may want to discuss this option with your provider.

Schedule a consultation to learn more about the subtle differences between Botox®, Dysport®, and Xeomin®, and let us help you determine which is the best option for you based on your own anti-aging treatment goals.